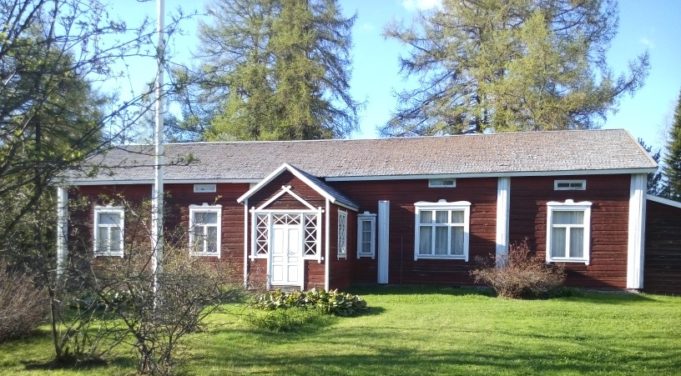 The main building was built in 1840’s. The windows of the building are large and T-shaped. The porch has swiss-styled diamond lattice windows. At the end of the porch the weatherboards form a triangle. The building has been covered with a shingle roof. The floor plan is Carolinian, which means that there is a central hall in the building

The building has been extended from both ends. Kitchen and pantry was built before 1878 and the hostelry to the another end after the 1878. The old façade can be partly seen in the attic. After the year 1878 the rooms were made higher and the windows wider. It is possible that the windows were six-pane.

The main door of the building is a two-part panel door. The door in the hostelry end is a panel door with a diamond lattice window. A big porch was built to the hostelry end before 1930. Intention was to set windows to the porch as well. There were also a porch in the end of the kitchen with a two small windows on the top of the door.

Longish dining room was divided in half in the 1950’s. The other half was used as a kitchen. Also the pantry has been divided into the front pantry and the back pantry. The stairs in the pantry lead to the attic. There is a cabinet under the stairs.

The interior of the rooms has varied at different times. At least the hall and the dining room were colored light in the beginning of the 20th century. In the 1930’s the main tone of the hall was dark. Regular objects of the hall were piano and a shelf for notes and albums, a chandelier, a sofa and a table with spoke chairs. There were large palm trees in flower pillars on the both sides of the sofa and lots of paintings and pictures on the walls. In 1930’s there were also wall rugs.

There has been a hostelry, several shops, a reception for a dentist and a welfare clinic in the main building. After the year 1939 the building was also used as a residence of the district police chief. 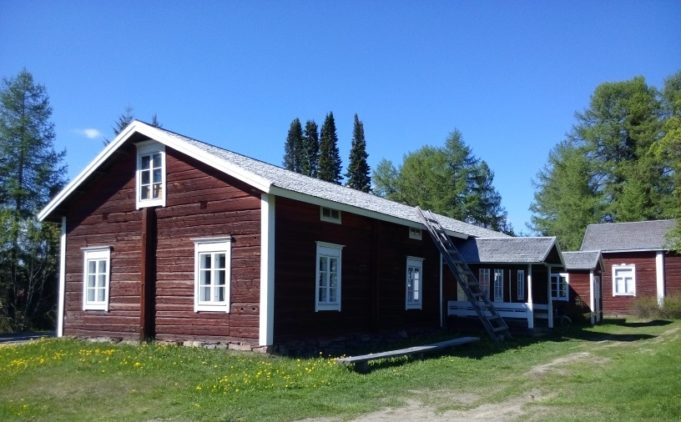 There is a large cabin (named väentupa = folks room), smaller chambers and two porches in the shingle roof covered side building. First one is a open porch and the second one is a porch with a covered entrance. The north wing of the building was built before 1884. The walls of the three chambers on this wing has been spread with a blue-gray colored clay plaster. Then the wall has been painted with a template. The wall had been covered with 1870’s newspapers and later with wallpaper.

The windows of the building are six-pane. Some of them have been enlarged. Interior and exterior doors are panel doors. There has been a door leading to the road in the large cabin at the end of the 19th century. In the 1930’s there were double doors and a door to outside and to the garage.

There has been shops, a pharmacy, a post office and it’s garage, a youth association and a school for children belonging to the Orthodox Church. The large cabin served as a woodshed from the end of the 1940’s to 1970’s.

There is a cabin, a chamber and a hallway. Hallway is made from a board and has the closets of the building. All bread in the farm was baked in the oven of the small cabin from the 1930’s when the large cabin’s oven was dismantled.

The milkmaid and her family occupied the small cabin. The farm hands slept also there in the wintertime. The cabin housed also tenants later. 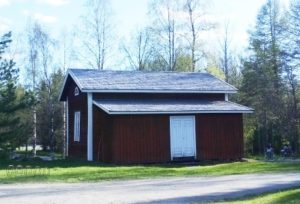 The woodshed was used for storing the meat, the firewood and as a outhouse for gentry. 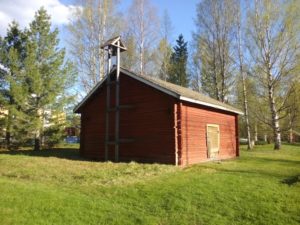 Tuupala used to have several outbuildings and a large, L-shaped cowshed. It was dismantled at 1960’s. 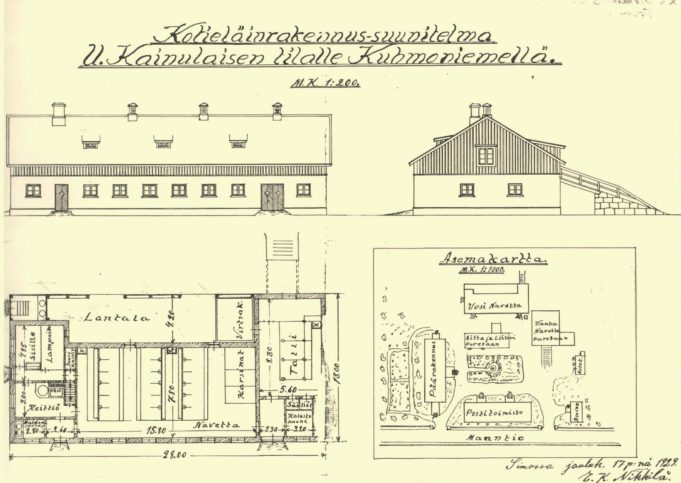 Outside of a rail fenced yard there were the granaries, grain drying and threshing cabins, barns, mills and crofts. The old sauna building was at the shore of the Pajakkakoski river and the new sauna was built closer to the main building in 1930’s. It was left under the Hyryntie road. 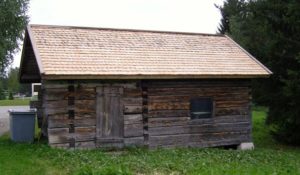 The old sauna and grain drying and threshing cabin have been moved to the museum area at 1979 from Kuusamonkylä. 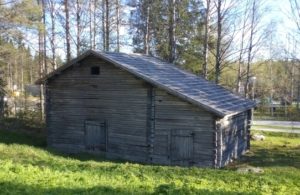 The three barns of Tuupala has been moved to the area at the turn of the 19th and 20th centuries.

The barn on the left was originally used for storing the grain. It was named ”Ultu’s barn” (”Ultun aitta”) after Uljas Kainulainen (b. 1892, d. 1917). He slept in the barn at summertime.

The barn in the middle has also been a storage for the grain.

The barn on the right is the oldest, maybe from the 17th century. The barn with a plank floor was used as a storage room.

The barns were shod, covered with a shingle roof and painted with a red ochre paint in the summer 1992. They are still owned by the Kainulainen estate.

The residential district behind the barns was originally a field used to grow potatoes and grains. Aittojen takana oleva omakotitaloalue oli aiemmin Tuupalan vilja- ja perunapeltoja. At its height the size of the farm was 404 hectares. 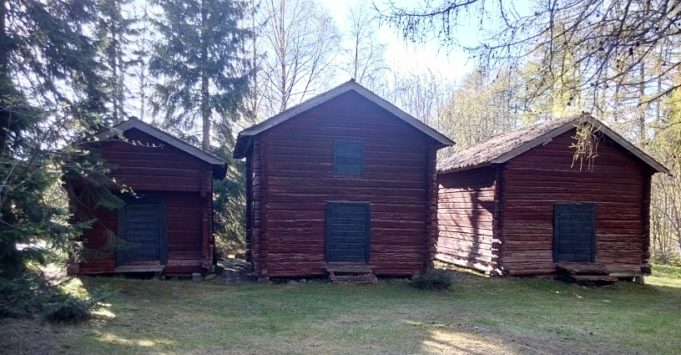 The larch alley was planted by Kainulainen family apparently in 1880’s. It led from Tuupala to Myllypirtti (the Mill Cabin). There are 60 larches in total, 30 in each side.

The larch alley leads to the shore of the Pajakkakoski river.

The larch alley and the garden park have been a preservation area since the 1950’s.

The Mill Cabin was one of the three crofts of Tuupala. It was build at 1800’s for the miller. The cabin had a residential building, a barn, a woodshed, a well and a cellar. Only the paving of the oven and the lowest layer of logs are left. There are also some of the old cellar pits on the larch alley.